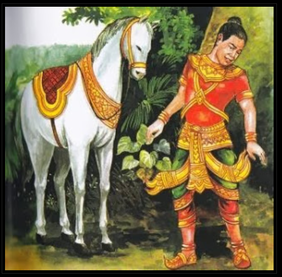 This project doesn't exist yet. It is a dream.

While volunteering with XP Missions in Thailand and Cambodia, I became aware of the tragedy of child sex trafficking in Southeast Asia. Cambodia, after the years of genocide, war and turmoil, is a country at risk. Many Cambodian children are trafficked into neighbouring countries, where they are used for begging, heavy labour, particularly in the fishing industry, and, worst of all, in the sex industry. XP Missions and many other agencies work tirelessly to find, rescue and repatriate Cambodian children. Sadly, children rescued from these henous situations are traumatised and need years of support and rehabilitation. Having seen how helpful horses are in helping humans deal with emotional and psychological issues, I would love to see opportunities made available for such rescued children to interact with ponies.

Pony Interaction is fun. Children have opportunity to connect and share relationship with a safe animal. In this way, ponies can help traumatized children regain their sense of trust and develop social skills. Interaction with ponies is a powerful tool in healing the wounded heart. Learning about and caring for ponies allows children to develop and practise responsibility. In addition, children have many opportunities to practise leadership skills and boundary setting as they work with their ponies. All equines love to follow a good leader. A key goal of Pony Interaction is to support the child in the development of leadership skills, so that they become trustworthy and effective partners for their ponies.

It would be wonderful to see traditional Khmer ponies participating in a Pony Interaction project with Khmer children. The Cambodian pony is an authentic and ancient breed. Murals from the Khmer Empire depict the Cambodian pony participating in battle, being ridden and pulling chariots. It is hard to say how many Cambodian ponies there are. Estimates range from 14,00 to about 30,000 Cambodian ponies in Cambodia. More recently they have been cross-bred with other breeds, especially Arabian horses, to produce a bigger, stronger animal. While this is a good idea for many reasons, it places the indigenous Khmer gene pool at risk. If attention is not paid to protect the breed, the day may come when it is extinct.

The Lampang Pony Welfare Foundation has been conducting interesting DNA research into the Southeast Asia Native Pony. Based in Thailand. Dr Carla L Carleton comments: ''The results demonstrated that local pony breeds in the region are not a modern horse breed, but are descendants from more primitive counterparts. The analysis to compare the Lampang and Cambodian village ponies with existing sample from other ancient horse breeds, including the Przewalski and Asian Wild Horse, continues. Our team has been requested to submit additional samples from phenotypically similar horse and ponies with the plan of identifying animals that may become the core of a breeding program for the Southeast Asia Native Pony Preservation program. The race to identify such animals is pertinent as most owners of local ponies have been cross-breeding the ponies with domestic breed horses,thus diluting the unique genetic makeup.'' 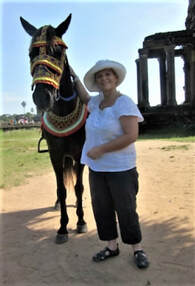 ​Horses and ponies are highly valued in Cambodia, but they often lead very hard lives. They are largely working animals, and while their owners care about them, they may lack the knowledge and skills needed to care for them adequately. Different organisations and agencies are working alongside Cambodians to train and equip horse owners.

There is also a growing interest in horse riding and equestrian competition in Cambodia, and as a result, talented equestrians are now beginning to represent their country in international competitions.
Cambodian Equestrian Federation

A Heart to Hand Pony Interaction Centre in Cambodia would benefit Khmer children and Khmer ponies, strengthening the future prospects for both. The short-term and the long-term advantages of such a project are numerous. This is why I dare to dream about it....